Here’s Why Chastity is Important, Regardless of Your Past 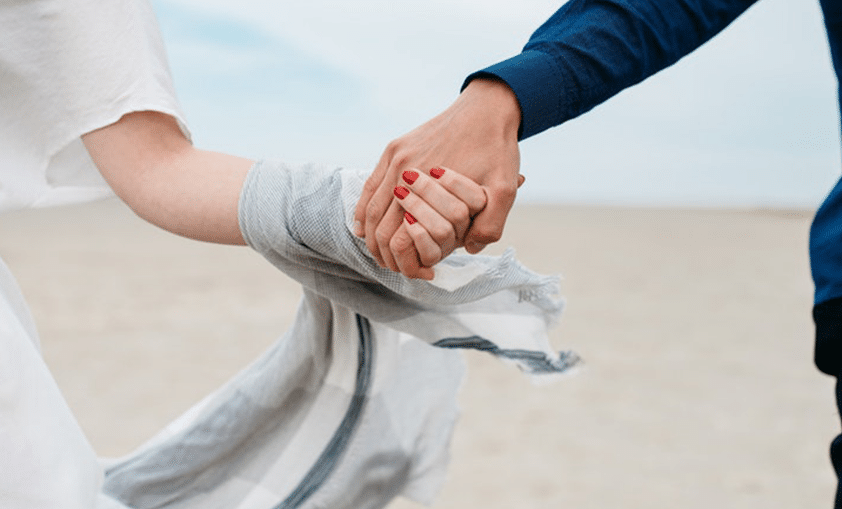 My husband and I dated for six years before we got married. We saved sex for marriage, but there were obviously times when it was difficult to live out the decision we’d made to practice the virtue of chastity.

If we had been anything other than firmly convinced that sex outside of marriage was morally wrong (as well as harmful to our relationship!) I don’t think we could have succeeded.

It’s easy to look for “wiggle room” when striving for a chaste relationship, depending your on life circumstances.

For example, most Catholics hopefully know that the Church teaches that sex is only for marriage. It can feel pretty easy to go along with this when thinking about a pair of dating teenagers.

Even though the rest of society tells them that having sex together isn’t big deal, the Catholic Church encourages them to save sex for marriage.

But, is it so easy to say something like this to a middle-aged widow dating someone whose marriage was annulled?

Once a person has already had sex in the past (whether in marriage or not), the idea of abstaining until marriage in a new relationship can start to become less important.

Even if we have the best of intentions to start over in abstaining and practicing chastity, a sexually active past can make this new beginning a lot more difficult.

Here are three tips to start out on the right foot, if you find yourself in this place of new beginnings in chastity.

1. Begin with the right mentality

Perhaps most important in starting anew at chastity is to think about it in the proper way.

What you’re trying to do is going to be difficult. Don’t pretend it’s no big deal.

Try doing some research into what the Catholic Church teaches about chastity. It’s not just about following rules, it’s about understanding the reason behind the boundaries.

Chastity is important, for both your spiritual health and even for the health of your future relationship.

You can also consider seeking help from a friend to keep you accountable.

Just like you might ask a friend to keep you accountable in something else you find difficult (like sticking to a diet or making exercise a priority), an accountability partner in chastity can be very helpful.

Don’t fall into the trap of pretending it will be a piece of cake to abstain from sex until marriage from here on out. Failing to prepare mentally will make resisting temptations much harder when they come.

2. Be upfront and honest with the person you’re dating

How early is too early to talk frankly about chastity with someone you’re dating?

Well, societal norms and the laws of social awkwardness might say there’s no need to jump right in to declaring your commitment to chastity on the first date.

But if you’re serious about wanting to live chastely in a dating relationship, it might be best to tell your date about this sooner than later.

Let’s face it, we live in a society where hooking up after the first date is normal.

Even if you’re dating a Catholic, they might not immediately assume you’re totally committed to chastity. This be especially true if you have already had a past marriage.

Be honest about your commitment to saving sex for marriage.

That might send your date packing. But as much as it might hurt, you really have dodged a bullet. If you’re striving for chastity, you’re looking for someone who will wait with you, not wait for you. You deserve selfless, sacrificial love.

3. Pray for grace in your struggles with chastity

Don’t neglect the most important weapon in the battle for chastity: prayer.

Ask God to give you grace, strength, and conviction about how important it is to save sex for your future marriage.

The rules of the Church about saving sex for marriage can seem over the top to us sometimes. Like all aspects of holiness, it is not something we can do alone, without the grace of God.

It’s hard to save sex for marriage, but not impossible. But it is impossible if we just try to plug away at it ourselves, without asking God for help.

Ask him daily for the grace of purity in your heart and to live chastely.

Your past, your age, or your maturity level don’t matter when it comes to living out chastity now.

Even though these factors might make it seem more difficult, it’s always possible to recognize the beauty (and holiness!) of sex if we rely on God’s grace.